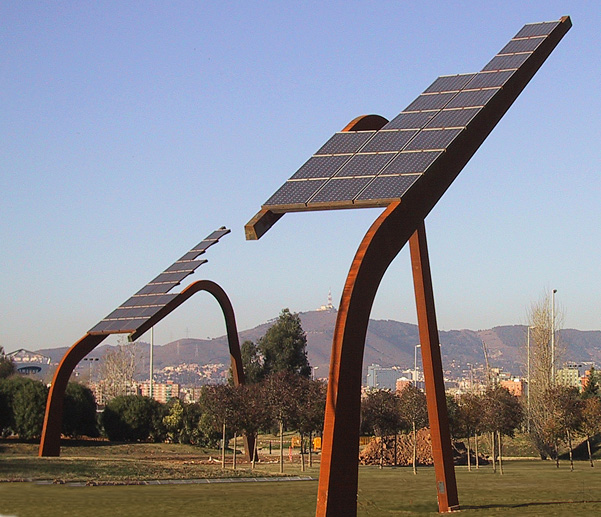 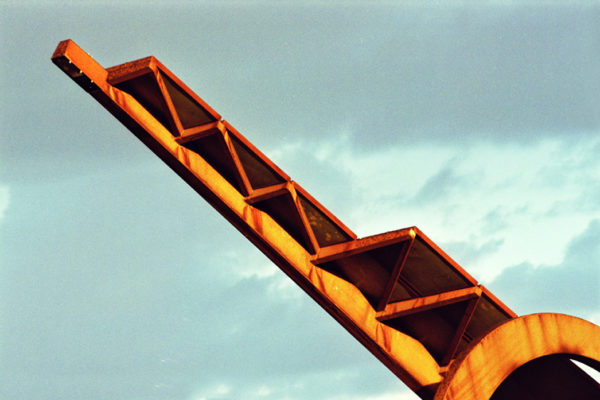 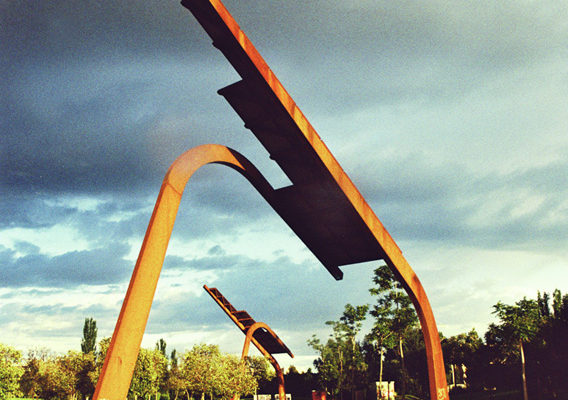 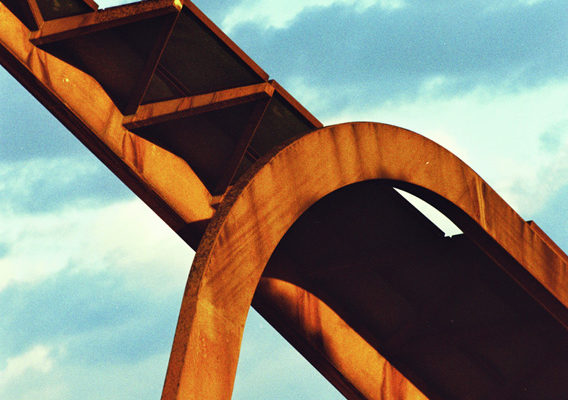 DINOSAURIO is a photovoltaic energy generator that works as a small producer of renewable energy. It also integrates in its steel COR-TEN structure two LED projectors for the illumination of the surrounding space.

Representing a point and apart in the development of new forms of urban art, DINOSAURIO is useful, attractive, silent and strong. It’s a sculpture that invites reflection on our evolution who takes refuge under its shadow.

As world pioneers in sustainable urban projects, two DINOSAURIOs were installed for the first time in January, 2002, in Barcelona. With its sculptural forms, they have become monuments to the environment and a symbol of a new commitment to renewable and clean energy. 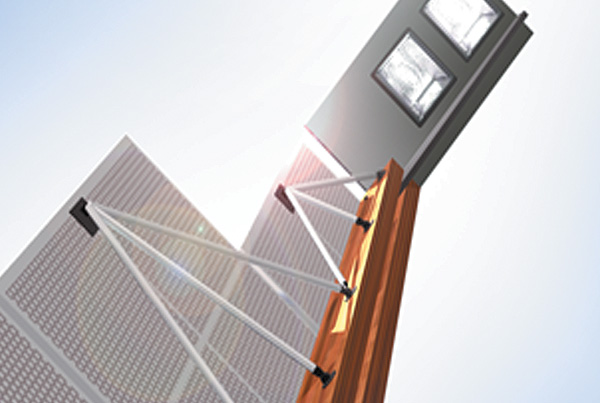 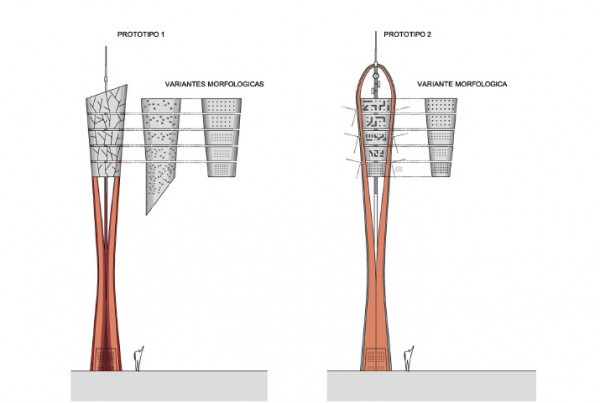 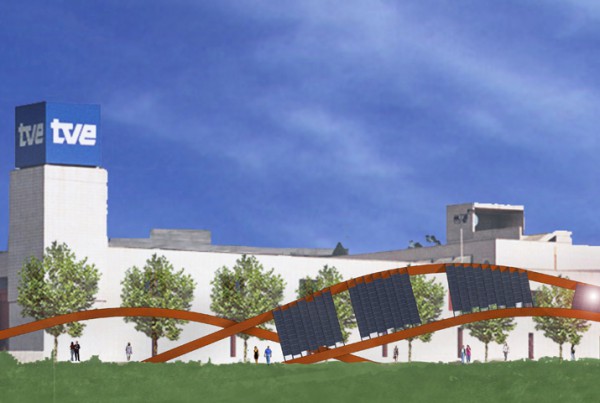